The 10 Best Bars in North Carolina! 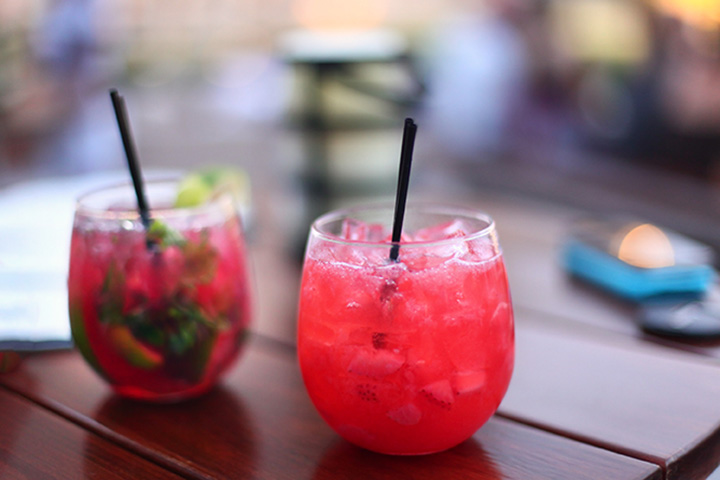 From the arts scene that is Asheville’s nightlife, to Raleigh’s standing-room-only hot spots, North Carolina is home to quite the eclectic bar scene. The Tar Heel State’s nightlife can please just about any local or traveler. Whether you’re looking for an extensive selection of craft brews, or an outdoor patio to enjoy a warm evening to its fullest, North Carolina has it. Here are the 10 best bars in the state.

This ageless wonder pays homage to Raleigh’s newspaper, which has been around under several different names since 1879. The walls of the bar are decorated with bygone-era clippings and pictures from the newspaper. The 100-year-old building has been restored, and is better than ever. Featured in Draft Magazine’s “100 Best Beer Bars,” the Raleigh Times has an impressive selection. Keep an eye out for a glass behind the counter that was used by former president, Barack Obama.

You can’t miss that glowing red sign. Foundation embodies the word “hip.” Descending the steps into the basement of this cool, underground cocktail bar will make you feel like you’re part of a secret club. And well, you sort of are part of a club. Foundation requires a “membership” to enter, but it’s only $1. According to reviews, the cocktails are completely out of this world and the craft beer selection is nothing to be scoffed at either.

This modern restaurant, bar and wine shop creates the perfect atmosphere. The food menu consists of items like pan-seared North Carolina vermilion snapper and chicken & duck liver pate. Order from their impressive 25-bottle wine list, which features a varied selection of whites and reds. You can order wine by the glass, or by the bottle, and if you’d like a little bit more of a variety, order a flight. Their wine shop also features almost 300 wines, from France, Italy, Spain, and Austria, among others.

Three guys got together and decided that Durham needed a great neighborhood bar that celebrated the city. Thus, the Federal was born. The Federal’s atmosphere is dive-like, but their menu will seriously blow you away. Try their house-made roasted red pepper hummus with warm pita bread for an appetizer. For beer, try one of their 14 delicious microbrews, from a menu that is in constant rotation. And just like any great bar, the Federal features a late-night menu for when you’re looking to snack after throwing back a couple brews.

Asheville’s premier beer bar, Thirsty Monk is one of the best in the world. Since its opening in 2008, the downtown bar has expanded to two other locations in the south and north sides of town. This pre-Prohibition-era bar features their own signature beers such as the Abby Blonde, a Belgian-style classic named after the owner’s daughter. The bar also hosts a wealth of events throughout the year, with festivals and specialty beer nights.

This Charlotte staple is named in honor of the famous outdoor market that flourished in Dublin back in the early 1970s. Described as a cultural landmark, the Dandelion Market will take you back to a simpler time. Their menu features the essential cheese and charcuterie boards, paired perfectly with any of their 20 craft beers on tap. With attentive bartenders and an atmosphere that will transport you to another era, the Dandelion Market is a can’t-miss.

This is THE outdoor spot in Charlotte. VBGB made Time Out New York’s “Top 22 Beer Gardens in America.” VBGB is also home to the largest patio in the city, which is tented from fall to spring. Try one of their 30 craft beers from their first-rate tap system and enjoy a menu that features dishes like half-pound angus beef burgers and delicious sides like fried pickles.

Jack of the Wood, Asheville, NC

Another staple of Asheville, Jack of the Wood is among the highest-rated bars in the state. According to their site, Jack of the Wood is the original home of Green Man Brewing and specializes in hand-crafted English ales. The old-world atmosphere regularly hosts traditional music acts of the old time, bluegrass, Celtic, Americana, and Cajun variety.

Geer Street is the place to relax and unwind after a long week. This Durham bar has a great outdoor patio to sip on drinks with friends. Geer Street has a list of local beers ranging from Carrboro-based IPAs to ales from Raleigh. They also have some killer house cocktails and a lovely wine list. For an appetizer to share with your buddies, order “The Pile,” which features fried chicken, French fries, jalapenos, bacon, melted cheddar cheese with gravy and two sauces.

Established in 2003, Cape Fear Wine & Beer offers 300 varieties of canned and bottled beer, as well as 25 beers on tap. Cape Fear’s site boasts they may have “the fastest rotation of taps in the world,” so guests are sure to stay interested. The atmosphere in Cape Fear is very cool—dimly lit, dark-wood bar top. The jukebox is particularly good for those who are fans of old punk music, according to reviews. This spot is a local favorite.