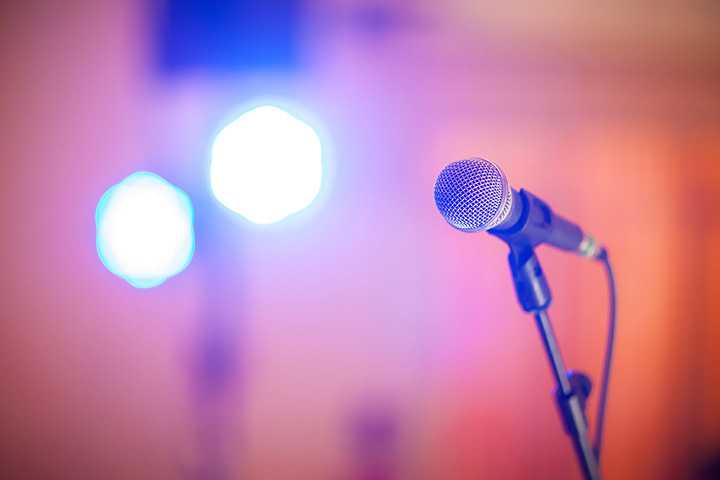 Every once in a while, we need a night of hearty laughter to lighten the mood of a busy week. And what better way to get in some laughs than with some live comedy, delicious food and great drinks? It’s time to dive into some of the best shows in North Carolina with these great comedy spots in the state!

Established in 1983, the Goodnights Comedy Club of Raleigh, North Carolina, is your go-to destination to “eat, drink and be entertained.” Reservations for dinner before the show are open. The comedy club hosts open mic nights, and a yearly funniest contest where North Carolinians have the opportunity to perform original material with the chance to win a title of “North Carolina’s Funniest Person” and the grand prize of $1,200. For those looking to brush up on their own comedic skills, Goodnights Comedy Club also offers classes.

Established in 2014, the Dead Crow Comedy Room is open Tuesday through Saturday to offer those ready to laugh with food and drinks. The comedy club has several theme night events such as Comedy Bingo Tuesday, Two Dollar Tuesday with $2 tacos, $2 Bartender’s choice shots and $2 select draft, Improv Wednesday, and Open Mic Comedy Thursday. If you are up for learning as well as enjoying, Dead Crow offers stand up and improv classes. Comedy acts are not censored so those 15-17 must be accompanied by a parent. Whether you are interested in upcoming or popular comedians, Dead Crow Comedy Room is supportive of all.

Bonkerz Comedy Productions of Raleigh, North Carolina, is located inside of the Frank Theatre CineBowl and Grille. If you are in the area and ready to eat and laugh, Bonkerz Comedy is the show you want to see. Open to anyone 18 or older, the comedy club offers a full bar and food menu. The shows feature “Bonkerz’ comedians from television and the movies.” The Las Vegas Review-Journal Poll has awarded the successful franchise as “The Best of Las Vegas.” To name a few, Bonkerz Comedy Productions works with comedians such as Adam Richmond, Steve McInelly, Susan Saiger and Phil Hogan.

The Comedy Zone of Greensboro has food, drinks and comedy that will make you laugh until your stomach hurts. On the menu are items such as pizza, hamburgers, cheesesteak, salad and more. Drinks offered are beer and wine, and non-alcoholic options are available. Friday and Saturday shows are $10. Have a bigger group? Reservations are available to up to 20 people. And if you do not want your night to end, you get a discount ticket after the show to get into Arizona Pete’s.

The Charlotte Comedy Zone is open in the North Carolina music factory. The comedy club features a food menu to satisfy with everything from classic to unique dish options. The venue also has a drink menu with cocktails, martinis, wines, and beers to choose from. If you are looking for an intimate environment, timely waiting service, and looking to dress casually, The Charlotte Comedy Zone should be your next stop.

The Comedy Club of Kill Devil Hills, North Carolina was established in 1984 and has been making individuals laugh ever since. The comedy club has hosted comedians like Ray Romano, Drew Carey, and Sinbad. Before attending your hour and a half show, there is a restaurant you can dine at and enjoy food and beverages. Drinks and appetizers are available during the shows. If you are ready to be entertained by unforgettable talent and filled with tasty food, the Comedy Club is your next stop.