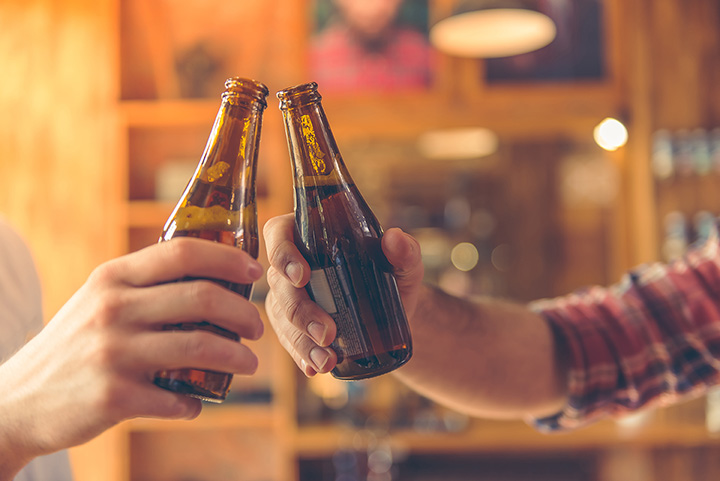 Neighborhood bars—sometimes called dive bars—typically have an understated vibe. The atmosphere is reminiscent of TV shows like “Cheers,” as it’s the kind of place, “Where everyone knows your name.” The drinks are good, and the crowd is even better. Are you looking for a cool local hangout for you and your friends to retreat to at the end of a long week? Don’t fret. We’ve got just the thing. Here are the 10 best neighborhood bars in North Carolina.

A fairly unremarkable space, Thirsty Beaver Saloon is popular among locals in Charlotte for their cheap beer and friendly atmosphere. The live music is actually quite good—country, of course—and draws in those from outside of town.

Alexander Michael’s is far quainter than a typical dive, but it definitely checks out as a neighborhood bar. Housed in an old home with a dated interior, regulars love it and don’t want the owners to change a thing about it. The food is quite delicious and plenty of patrons live within walking distance.

There’s something about Doherty’s Irish Pub & Restaurant that keeps regulars and visitors coming back—again and again. The drinks aren’t expensive and the food is hearty and good. It’s the ideal place to unwind after a long week.

Sort of a sports bar and sort of a restaurant, West 94th St. Pub in Durham actually made its way onto the local list of Best NC Bars. It’s a great spot to watch the game, enjoy some drinks or beers, and chow down on typical pub fare.

Sammy’s Neighborhood Pub serves up good deli food and has a classic list of beers. The wine and cocktails are reasonably priced, and the place usually fills up on Friday night. Locals love the friendly atmosphere. You can even order ahead online and have your food ready to eat when you arrive.

Reminiscent of the dive bars from the early 70s, Hattie’s Tap & Tavern is eclectic in both its décor and staff. You’ll feel right at home when you visit—whether you’re there for a beer or a meal. If you’re solo, you won’t have any trouble finding someone to chat with. Both the staff and the customers are very welcoming.

He’s Not Here is a popular dive bar among the college set in Chapel Hill. That doesn’t mean they’re the only ones frequenting it, however. Locals love the blue plastic cups their beers are served in, as well as the live music events throughout the year.

Dubbed “The Classiest Dive Bar in Raleigh,” Lucky B’s is also referred to as “Around the Corner.” A bit off the beaten path, you’ll find the bar behind the Armadillo Grill. Patrons enjoy the drinks—especially the Prohibition Special—as well as the juke box. You’ll surely see someone pop some money in and start dancing in the middle of the bar.

The live music is frequent and quite impressive at the Kraken. An occasional jazz night is even featured. The chili cook-off on Super Bowl Sunday is sure to bring in a crowd. The patrons and staff at The Kraken are about as laid-back as you’ll ever see. It’s a great place to relax and have a good time.

The Fat Pelican was voted “Best Dive Bar in North Carolina.” It lives up to its name with the bikini contests it holds in season on its beach/sand area outside. Mystery Beers are sometimes sold for just $2, and people pick their beers out of the walk-in cooler and simply tell the bartender what they’ve chosen. The atmosphere is loose and plenty interesting.